How can we forget? He was the horse that won the 2010 Queen’s Plate, that helped trainer Nick Gonzalez win his first Plate in his first try – in front of Queen Elizabeth, age 84.

Big Red Mike wore the emerald green silks with yellow dots of the Terra Racing Stable, one of the last bastions of a way of life in the Canadian thoroughbred world that is gradually falling away. Terra, headed by patriarch Dom Romeo, has been in the business for 45 years of breeding and racing its own stock. 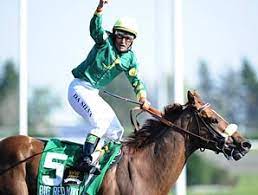 Big Red Mike was named after the red-headed son of Frank Romeo, son of Dom. The original Mike was a fresh-faced kid back in 2010. The day that his namesake won, Mike jumped up and down and screamed his lungs out.

Now he’s all grown up, with two sons of his own. He’s the second oldest grandson of Dom.

And on Sunday, this family, kids and all, trooped out to the winner’s circle to greet one of their latest creations, Amalfi Coast, a 5-year-old mare who won the $177,700 Ontario Fashion Stakes, with her ears pricked. Like it was the easiest darned thing to do on a Sunday, even with a mare called Summer Sunday chasing hard in the stretch.

They say Dom was born in 1929 in Italy. That would make the car dealer/horse enthusiast 92 years old.  Yet he has lived for this moment, to see this red filly, sporting the familiar green and yellow fly to the front. She’s a fourth-generation product of Terra breeding. And she’s a goer.

She’s already won the Royal North Stakes this season, pushing her head into a narrow victory on the rail. This win wasn’t narrow, although she still hugged the rail throughout.

After sitting at the back of the field made shorter by the scratch of the brilliant Boardroom, Amalfi Coast slipped up the rail while Summer Sunday made a pouncing move from third to engage the leaders.

“She’s definitely one of my favourite horses that I’ve been blessed to ride,” said Justin Stein, who has been her pilot for the past two seasons. “She’s a real sweetheart and she’s just got a lot of heart and a lot of try and a ton of talent. She’s always been a pleasure to be around.”

Trainer Kevin Attard has discovered the secret of her, after a disappointing 2020 season when she won only one of six starts: She likes to have her races stretched out. She blossoms when she’s fresh. 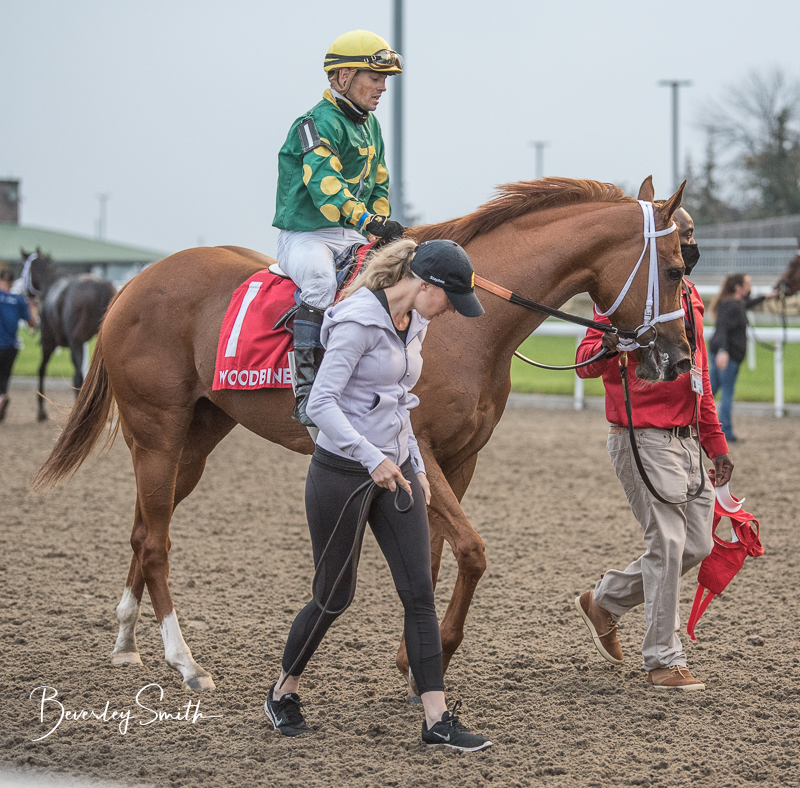 “She’s a special filly,” he said. “She’s been good to us from the get-go. She likes a little space in between her races. And she got that today. She shows her true talent when she gets that.”

He’d have preferred to have tackled Boardroom, winner of both starts this year. “I was looking forward to tackling her today,” he said. “Amalfi was coming off a six-week refreshening. Obviously, I think Boardroom is a very special horse and the top of the division, but unfortunately, we didn’t get to hook her today. Maybe next time.”

This season, Amalfi Coast has won two of four starts, with a couple of thirds in the Whimsical and the Seaway Stakes (finishing behind Boardroom.) She was the 4 to 5 favourite.

And these days, a Terra favourite, too.