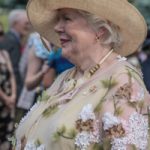 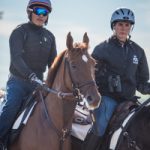 If Dixie Moon were human, she would cast a side-eye to someone’s loud guffaw, tell her neighbours to behave, throw things at her detractors, and generally voice her opinion. So maybe she’s almost human. She just doesn’t need words to make her point. She’s quite eloquent, really, in her own way. Since she started racing for breeders Dorothy and Sean Fitzhenry and … END_OF_DOCUMENT_TOKEN_TO_BE_REPLACED