It’s poignant this: that Sam-Son Farm, the blue-ribbon thoroughbred enterprise is in the process of gradually disbanding after decades of top-hat moments in sport.

But in their racing division, they still have a few pearls left. And we saw them on July 11 at Woodbine.

Take your pick: Tidal Forces. Or Tio Magico. Both of them lookers. Both of them Queen’s Plate eligible.  Sam-Son has won five Queen’s Plates since they were established in 1972: Regal Intention in 1988, Dance Smartly in 1991, Scatter the Gold in 2000, Dancethruthedawn in 2001 and Eye of the Leopard in 2009. Sam-Son hasn’t won one in 12 years. But this year, the magic is bubbling up, once again.

Literally. Their Uncle Mo gelding, Tio Magico won his first stakes race in the $125,000 Queenston Stakes at Woodbine, a seven-furlong rush to the finish. He dominated under the hands of Luis Contreras and the guidance of trainer Gail Cox. His previous claim to fame was a second-place finish in the Coronation Futurity last November. 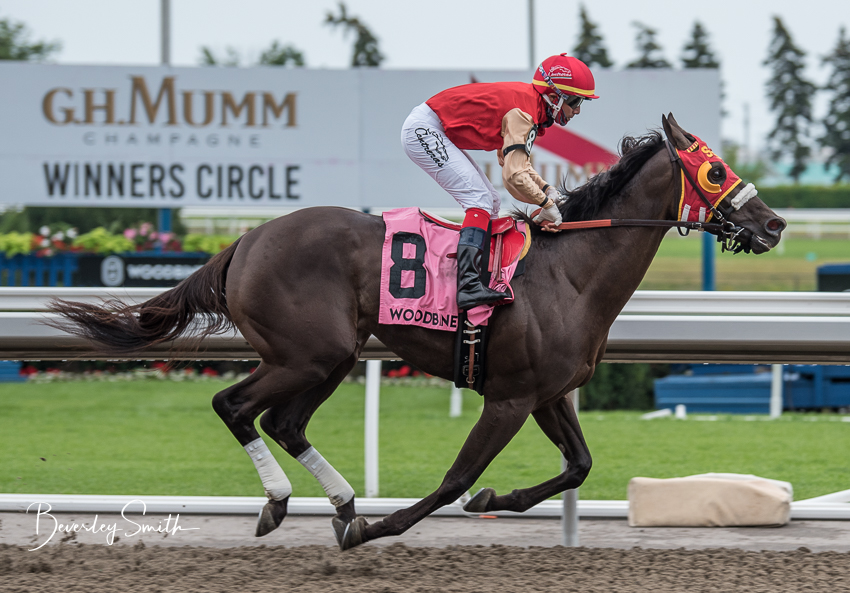 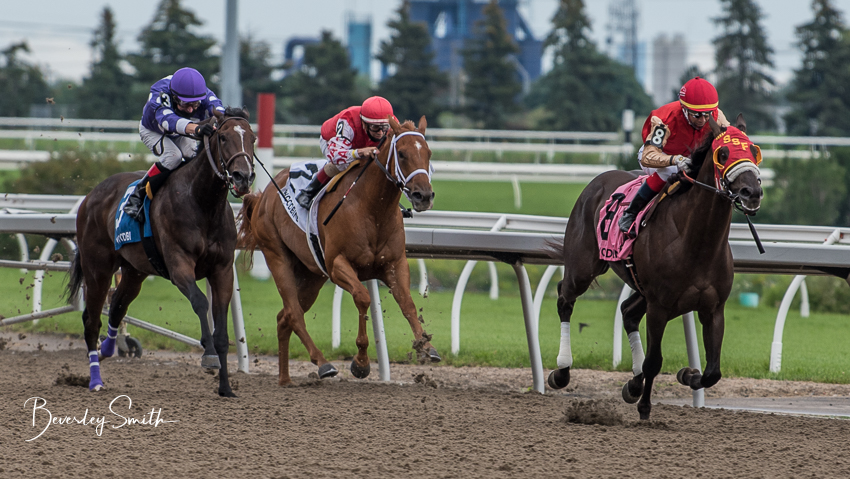 He went off as the second choice to Kevin Attard’s Red River Rebel, winner of the Frost King Stakes last November, who ended third. Tio Magico broke outward from his outside post, but got himself to the lead quickly, and set all the fractions, winning by 2 ½ lengths in 1:22.54 .

Artie’s Storm, a Paul Buttigieg homebred, rushed up three and four-wide on the turn to finish second under David Moran. Master Spy, winner of last year’s Cup and Saucer Stakes, was fifth, not mounting a serious challenge. He had finished only fifth in the Woodstock Stakes a month ago.

“He broke sharp and I got an easy lead,” said Contreras of the winner. “I just love this guy. I think you haven’t seen the best of him yet.”

Tidal Forces went into the $150,000 Marine Stakes as undefeated in two starts, breaking his maiden at Gulfstream in April on the turf, then winning on the Tapeta in an allowance race at Woodbine on June 19. A son of Malibu Moon, he was offered for sale at the Keeneland yearling sale, but did not meet his reserve of $140,000.

Under Emma-Jayne Wilson, Tidal Forces established an early lead from his rail post, was pressed by Hadassah, and then faded to fifth.

As Tidal Forces was doing the work on the front end, Easy Time, a $250,000 yearling purchase, staked the pace, circled three-side around the final turn, took the lead at the head of the stretch and won convincingly by two lengths. A son of Not This Time, bred in Kentucky, he is not eligible to the Queen’s Plate.

But Keep Grinding, owned by Joshua Attard (son of top trainer Kevin Attard), is eligible. The won of Tizway broke to the outside but went three-wide on the final turn and ground his way to a second-place finish. Hadassah was third under replacement rider Patrick Husbands for Kevin Attard. (Grandfather Tino Attard trains Keep Grinding.) Hadassah is eligible to the Queen’s Plate as well.

Last year’s leading rider Rafael Hernandez had the mount on Easy Time for trainer Mark Casse, and relished the chance. “It was unbelievable,” he said afterward. “He’s just push button. [Casse assistant trainer Dave Adams] told me to just ride him with confidence. We had a clean trip all the way.”

At one point, Hernandez tested him a little bit. Easy Time grabbed the bridle immediately. “Okay, we got it,” Hernandez said.