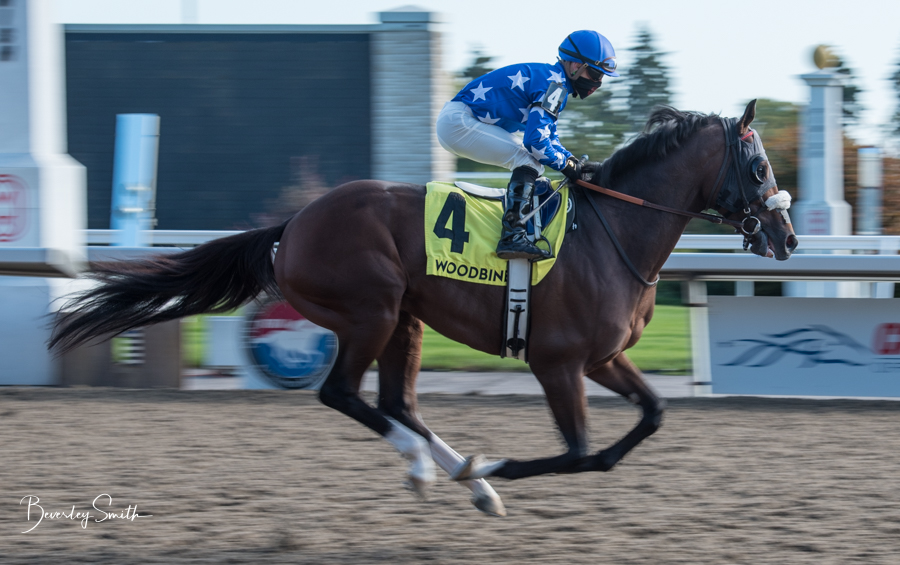 Girl Power day started early at Woodbine. The star of the show, Starship Jubilee, the only mare in the field for the $1-milllion Woodbine Mile, showed her heels to the boys, but she was not alone.

Emma-Jayne Wilson piloted Credit River, the longest shot on the board at 41 to 1, to win the $155,790 Ontario Racing Stakes, giving Breeda Hayes her first stakes win as a trainer. Trainer Gail Cox sent out Count Again at almost 10 to 1 to win the $143,900 Singspiel Stakes. Sheena Ryan at odds of 9 to 2, rode Dirty Dangle to win the $135,000 Woodbine Cares Stakes. Ryan’s buddy, Isabelle Wenc guided Checkboard Floor to win the 12th race. Riding in the same race, Ryan and Wenc headed back to the jock’s room, arm in arm, celebrating the power of the female.

Punters overlooked Credit River entirely in the Ontario Racing Stakes, but the grey colt was making only the first start of his career. He wasn’t particularly quick at leaving the gate, but Wilson let him catch his rhythm before sweeping past the field to win by three-quarters of a length. One thing Credit River had on his side: he was a son of the stakes-winning grey mare Like A Gem, who also foaled Hard Not to Like, a G1 winner in the United States. We first noticed Hard Not to Like, beating the boys in the Cup and Saucer at age two at Woodbine.

This stakes win came at Hayes’ 13th start this season. Celebrate she did.