Back at the barn, Mighty Heart prepares for another race: laid out in his stall, snoring. His neighbours stick cotton in their ears. The racket he makes while he sleeps is rather normal for the horse they affectionately call Willie.

In his slumber, his legs move, dreaming of the fun he will have after the starting gate bursts open. In the hours before his race, the Dominion Day Stakes, he will bite his groom, Siobhan Brown, six times. (She still loves him.) With this, he is ready.

The one-eyed wonder has breathed life into everything in these parts since he won the Queen’s Plate in a shocker last year. On Canada Day at Woodbine, he was a picture. Dapples upon dapples. Sleek. Shiny. If horses can glow, he did. He’s stronger his year. He looks like a star.

He re-emerged this year at his home track on the first day Woodbine allowed a limited number of spectators, say 1,000, as the COVID pandemic began to ease. (Don’t count your chickens, though.)  While the stands had been quiet for a year or so, they erupted with boisterous noise for Willie. And for good reason.

Always the underdog, Mighty Heart did not even go off as the favourite in the $170,300 Dominion Day Stakes, despite his gritty win under the Twin Spires of Churchill Downs in the Blame Stakes against some worthy U.S. opponents earlier this season. March to the Arch, a magnificent Live Oak Plantation six-year-old gelding, had finished second in the Woodbine Mile last year from his U.S. base. March to the Arch went off at 8 to 5, Mighty Heart at 9 to 5. The spread was bigger in the morning line.

Fortunately, Mighty Heart can’t read the racing form. His spunky little self broke quickly from the gate and established a lead he was reluctant to relinquish. With Daisuke Fukumoto reunited with him, Mighty Heart managed to sneak off a tardy first quarter of 25.23 seconds. Then March to the Arch, under Patrick Husbands, would have none of this and challenged him early in the backstretch, sticking like a burr to his side. The pace quickened. Mighty Heart ran the second quarter in 23.26 seconds, the third in 23.00.

Malibu Mambo, an ebony-coated Stronach colt that had been second in the Coronation Futurity as a youngster, was a 6 to 1 shot ridden by Davy Moran. And finished third, behind Willie’s billowing tail. Down the lane, Mighty Heart kept flourishing it like a banner, the way horses do when they run free in a field.

Owner/breeder Larry Cordes, who carefully thought up the creation of this animal, was able to attend. It was tough for him to watch the Blame Stakes from afar in May, as the pandemic raged in Ontario, and the borders closed. Six people gathered in his home to watch. They made noise as if there were 60 of them. “The neighbours wondered what was going on,” he said.

Fukumoto mumbled through his mask that he was glad to get the chance to ride Mighty Heart again. “I breezed him a couple of times and today, I was ready to go and we did it today,” he said.

Hall of Fame trainer Josie Carroll, was impressed, too. “I thought it [the Blame Stakes] just put him right where I wanted him,” she said. “In fact, he had two works after that, simply because he came out of it so well. We sort of had to take the high note off him a little bit four days ago, so he could settled in this race.

“I think he’s just a good horse and he’s maturing. We’re pretty happy with him today.”

He’s now won $902,759, almost as much as all of Cordes’ horses have won together over the past 20 years. More than that, he’s becoming Canada’s folk hero, something to celebrate when there hasn’t been much to celebrate for a long time. 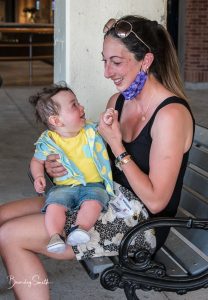 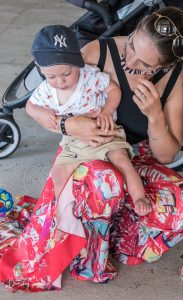 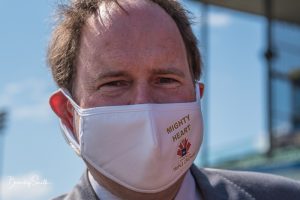 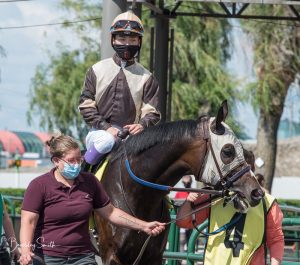 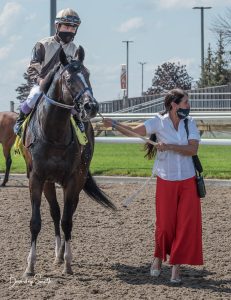 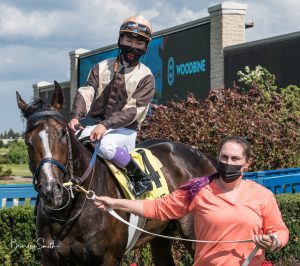 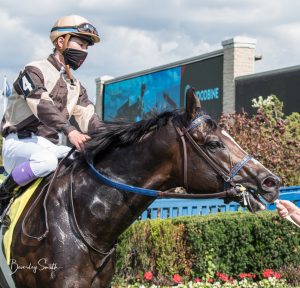 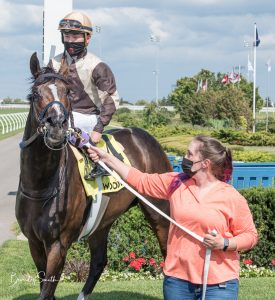 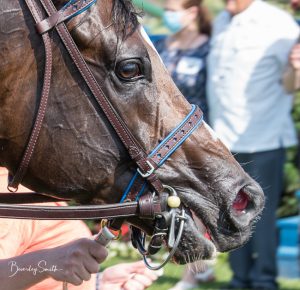 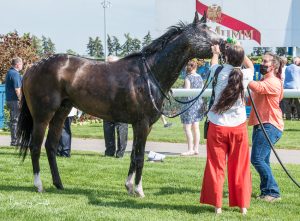 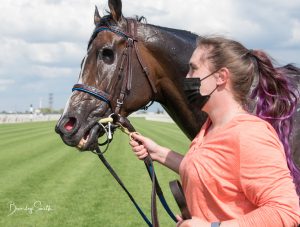 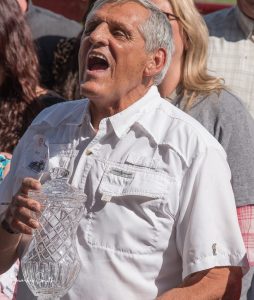 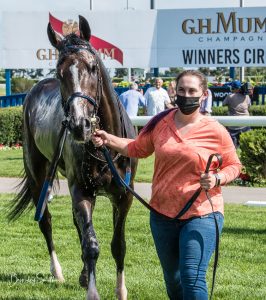