Chief among them was the stunning, 4 ½ length, going-away victory by 6 to 5 favourite March to the Arch, a win that made him a millionaire.

The 6-year-old gelding, owned by Live Oak Plantation, lay well back in the weeds during the early part of the race – he’s a confirmed closer – while another drama played out on the front end.

Admiralty Pier, a 6-year-old gelding from the Barb Minshall barn, had tripped up March to the Arch in previous meetings, but as he likes to do, he went to the front at the outset in the Niagara. But he 7 to 2 shot had company from the second longest shot on the board: Primo Touch, at 46 to 1. 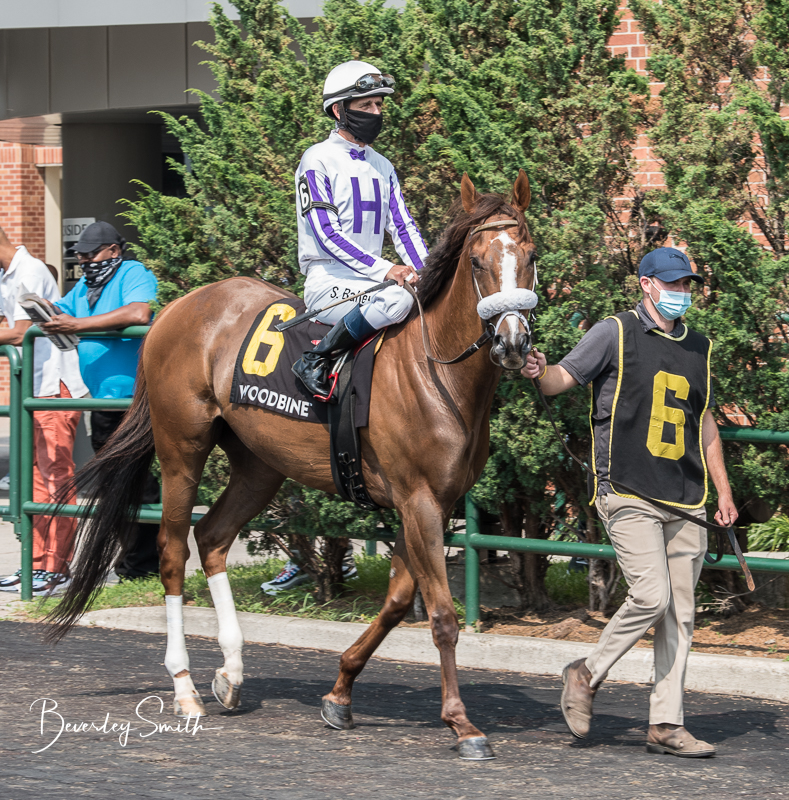 Primo Touch had tried different things since he came into trainer Harold Ladouceur’s little barn late last year, but it seemed as if his best finish resulted from snatching the lead. And so this time, under Sunny Singh, riding him for the second time, Primo took on a horse that had earned more than twice as much.

Together, they dominated the early part of the race, eventually distancing the field by 10 lengths on the backstretch. March to the Arch sat fifth, unruffled, in the 1 1/8 mile race, doing what he loves best.

This time, the race unfolded as he liked. “[The last race] wasn’t his style,” said Husbands, winning his third stakes race of the season. “But he still came back and showed you he was a good horse.

“He’s classy. Anybody would like to ride a horse like him… He’s got a serious turn of foot.”

Primo Touch, with his trainer cheering him on loudly from the track apron, led as they rounded the turn into the stretch, but March to the Arch was already on the march and ran them all down, leaving no doubts. After a brisk mile clocking of 1:32.26 on the E.P. Taylor turf course, March to the Arch won in 1:45.15.

Belichick, winner of the Breeders Stakes last year, was in a bit of a farkle down the homestretch, running green, but he got up to be second under Luis Contreras.

Admiralty Pier faltered to finish seventh of nine, while Primo Touch hung in bravely, finishing fourth, as Theregoesjojo, a 14 to 1 shot, nailed him in a stretch drive. Theregoesjojo had run in $25,000 claimers during the spring at Gulfstream Park and also at Woodbine before that. Nobody took him and now he’s stakes-placed again. (He had finished third in the 2019 Valedictory at Woodbine behind Pumpkin Rumble.)

Primo Touch had been a $2,000 yearling purchase at Keeneland in 2016. He has rewarded his owner many times over since, with his bankroll now having blossomed to $175,000.