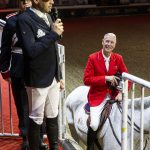 What a night. The minks and the frothy dresses were one thing. Show-jumping royalty was another. It was all there on Thursday (Nov. 7) at the Royal Agricultural Winter Fair horse show, an event, as storied show-jumping star Ian Millar said: “very unique in the world. There is nothing like it.” This year, it was a homecoming of sorts, a gathering, a memory of … END_OF_DOCUMENT_TOKEN_TO_BE_REPLACED 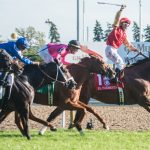 Eurico Rosa da Silva knew time was running out, like sand in an hourglass. With three months left in his riding career, there was but one stakes race at Woodbine that he had never won. He had won two Queen’s Plates, and the Canadian International Championship Stakes two years ago on 43 to 1 shot, Bullard’s Alley, in a race dominated by non-local jockeys. But the … END_OF_DOCUMENT_TOKEN_TO_BE_REPLACED 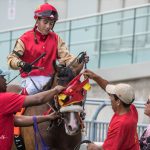 It’s funny how it works: trainer Gail Cox finds herself floating full-circle into the $1-million Ricoh Woodbine Mile, tackling the race for the first time in her career, for an outfit that brought her to horses in the first place: Sam-Son Farm. Cox has guided a 4-year-old Sam-Son homebred, El Tormenta to this epic grass race, where he is accorded 20 to 1 odds for … END_OF_DOCUMENT_TOKEN_TO_BE_REPLACED 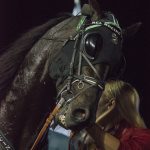 Guardian Angel As swooped in from the United States and flew away with the $600,000 Maple Leaf Trot at Mohawk Raceway, became a millionaire and set all sorts of records. Apocryphal. Last year, as a 4-year-old, he had just managed to qualify for the Maple Leaf Trot final by finishing fourth in the elimination, and then trotted home ninth in the final. What a … END_OF_DOCUMENT_TOKEN_TO_BE_REPLACED 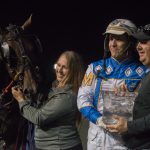 Don’t you just love underdogs? Courtly Choice was apparently an underdog at odds of 34 to 1 in the $545,000 Canadian Pacing Derby Aug. 31, having to face a giant like Lather Up, the 1 to 5 favourite, that had sped the fastest mile in harness history, equaling the world record of 1:46 on July 6 at The Meadowlands in New Jersey. Courtly Choice’s driver, James MacDonald … END_OF_DOCUMENT_TOKEN_TO_BE_REPLACED 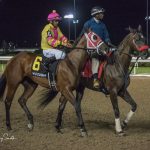 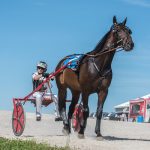 This is about Mr. Chill. Not just about the Mr. Chill that is Trevor Ritchie, the harness driver garbed in black and white, happy on a two-wheeler. But Mr. Chill, the pool-hall prodigy who found his way into the Canadian Horse Racing Hall of Fame, against all odds. We last saw Ritchie in action at Legends’ Day at Clinton Raceway in early summer, coming out of a five-year … END_OF_DOCUMENT_TOKEN_TO_BE_REPLACED